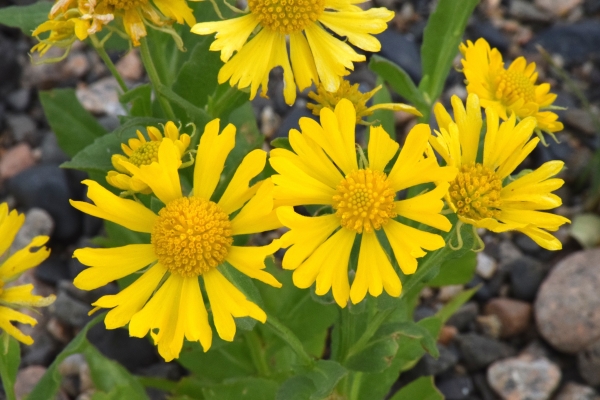 General:
Perennial herb from a fibrous root; stems erect, solitary or few, sometimes branched at the base, branched above, minutely hairy with upwardly-curved hairs or nearly glabrous, 0.15-1.2 m tall.

Fruits:
Achenes angled, appressed stiff-hairy on the angles; pappus of egg-shaped or lanceolate, long-pointed scales, broadened at the base, about 1/2 the length of the disk flowers.

Moist to mesic streambanks, meadows and forest openings in the lowland, steppe and montane zones; rare (var. grandiflorum) to frequent (var. montanum) in S BC; N to NT, E to PQ, and S to FL, TX, and AZ.