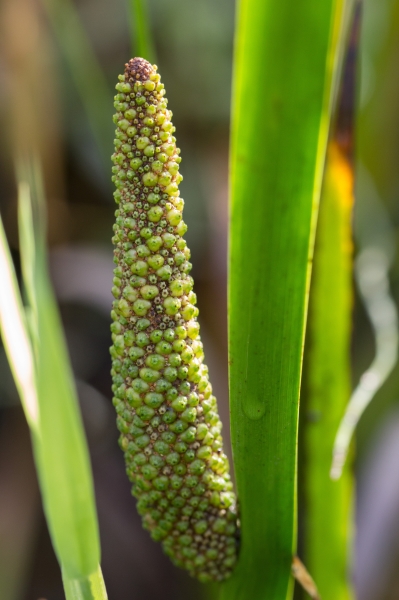 Flowers:
Inflorescence a dense, fleshy, linear, 5- to 10-cm long spike subtended by a leaflike bract, the bract as long as or longer than the flower stem; flowers perfect; perianth of 6, scale-like, yellow or brown sepals.

Notes:
Packer and Ringius (1984) have shown that our fertile diploid species is different than the sterile triploid Eurasian species (A. calamus L.) which is introduced in E North America. 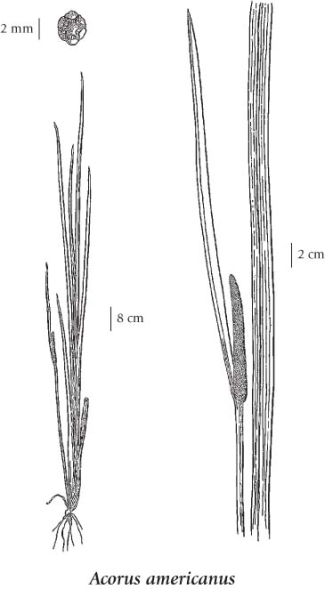