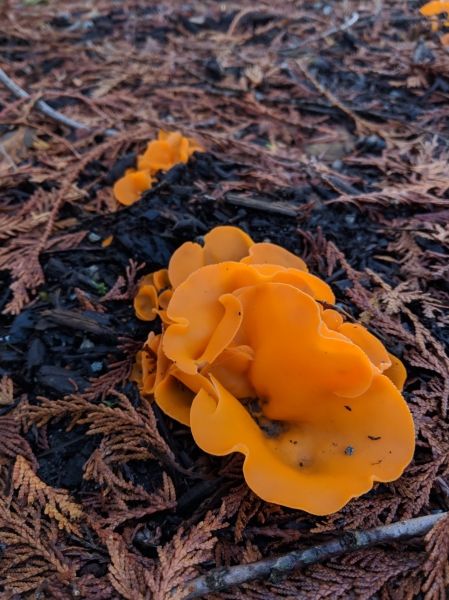 SIMILAR SPECIES
Caloscypha fulgens is more yellow, typically flushed with green or blue-green on exterior, and grows only in spring whereas Aleuria aurantia fruits in spring and fall, (McKnight).
Habitat
scattered to gregarious or in fused clusters on ground, preferring bare soil or sand along roads, paths, landslides, etc., but also in grass or moss, (Arora), in groups or clusters on hard or disturbed soil in gardens, in grass, or along roadsides, (Phillips), on west coast fruits in spring and fall but most abundant in fall (McKnight), summer and fall (Bacon)