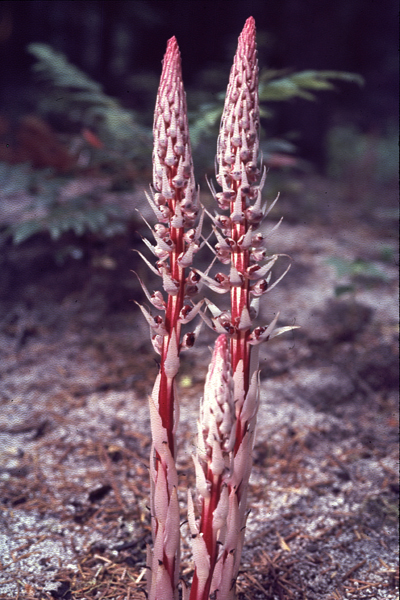 Notes:
Petals are often incorrectly described as sepals. Stem and leaves can be considered part of the inflorescence. 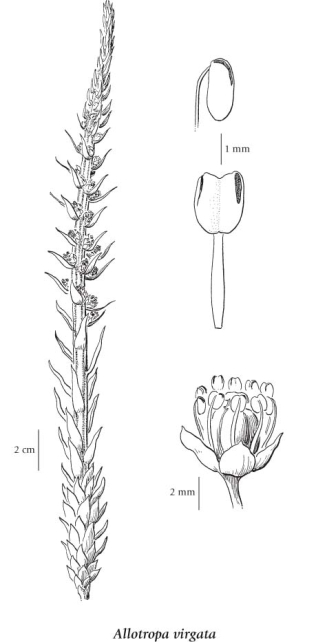 Mesic to dry forests in the montane and lowland zones; infrequent in extreme SW BC; S to MT, ID and CA.

Bureau of Land Management. 2010. Vascular Plants: Allotropa virgata Information Page. The Survey and Manage Program of the Northwest Forest Plan. US Department of the Interior.