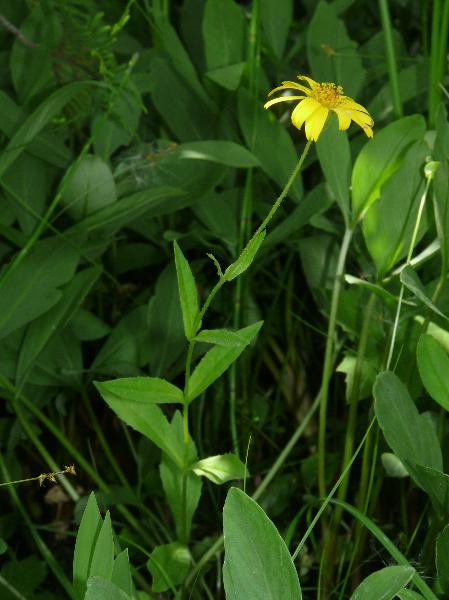 Moist to mesic meadows and forest openings in the lowland and montane zones; common in S BC, rare northward; N to S AK and YT and S to CA and NM.