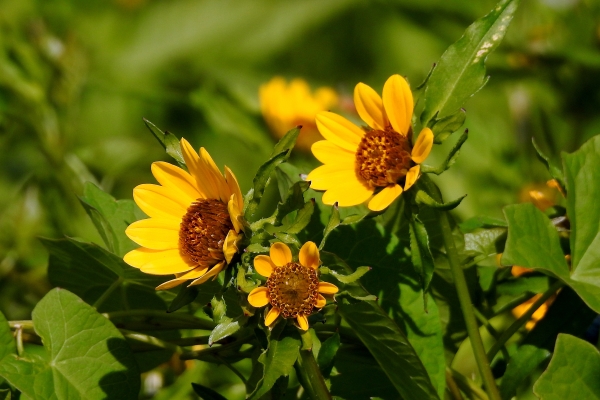 General:
Annual herb from a fibrous root; stems ascending to erect, glabrous or nearly so, branched above, 0.5-1.0 m (1.5 m) tall.

Leaves:
Basal leaves lacking; stem leaves opposite, unstalked, or the lower shortly wing-stalked, the lower and middle deeply 3-parted, sometimes most or all leaves simple in a population coarsely toothed or incised, glabrous, 8-20 cm long.

Notes:
Cronquist (1955) suggested that morphologically, Bidens amplissima may represent a hybrid between B. cernua and B. frondosa or B. vulgata. Recent work by Ganders et al. (2000) shows that its ITS and isozyme similarity to B. cernua and B. tripartita suggest it is a recently evolved species. 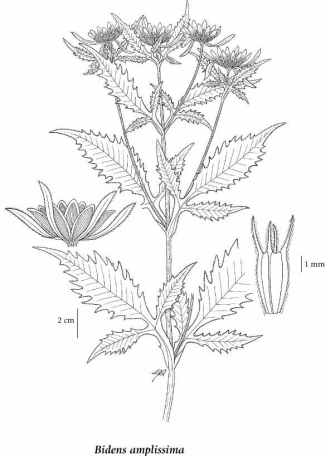 Moist to wet ditches, streambanks and pond edges in the lowland zone; infrequent in SW BC, known from Vancouver Island and the adjacent mainland; endemic to BC.