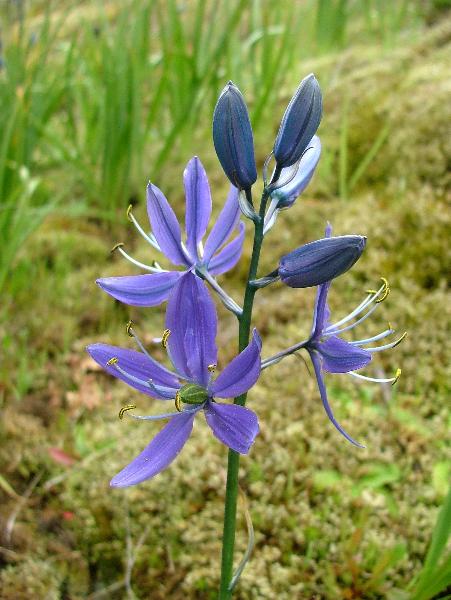 Notes:
Two subspecies are known from BC:

Mesic to vernally moist meadows and grasslands in the lowland, steppe and montane zones; locally frequent on SE Vancouver Island (ssp. azurea rare in peatlands on W Vancouver Island), the Gulf Islands and SE BC; E to AB and S to MT, ID and WA.