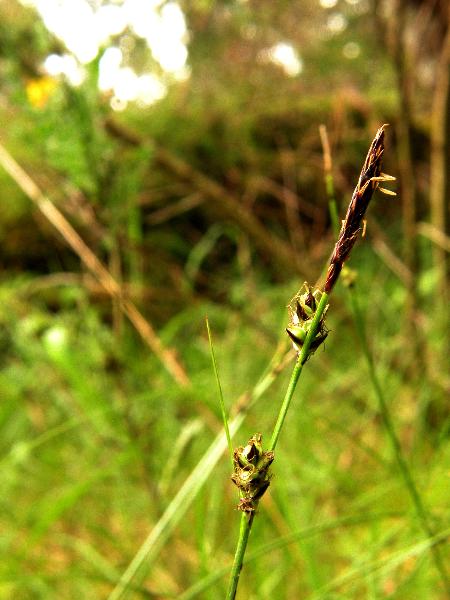 Leaves:
Sheaths tight, breaking into threads at the bases; blades flat, channeled towards the base, 5 to 10 per stem, the margins somewhat turned in, borne on the lower 1/3 of the stem, 1-3 mm wide, the lower ones slightly reduced.

Flowers:
Spikes 2 to 4, the terminal one 1-2.5 cm long, the stalks 0.8-10 mm long, with many male flowers, the lower spikes 1 to 3, with female flowers, unstalked to short-stalked, erect; bracts subtending the lowest spike leaflike, sheathless or short-sheathing, shorter than the inflorescence, the others short, inconspicuous.

Notes:
Two subspecies occur in BC :