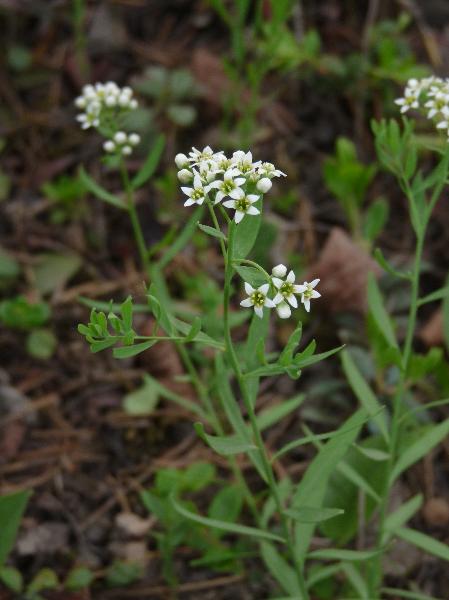 Flowers:
Inflorescence of terminal, compact clusters of somewhat bell-shaped; greenish to white or purple, apetalous flowers; calyces tube-shaped with 5 spreading lobes; stamens 1 mm long and hairy at the base.

Notes:
Three varieties are recognized in BC. The vars. californica and umbellata may be difficult to separate.

Mesic to dry sandy or rocky slopes and shrublands in the lowland, steppe and montane zones; infrequent in NE, SC and SE BC, rare on S Vancouver Island; var. californica - S to AZ and CA; var. pallida - N to YT and NT, E to MB and S to MN, TX, NM AZ, and OR; var. umbellata - N to NT, E to NF and S to ME, PA, NC, GA, MS and OK.