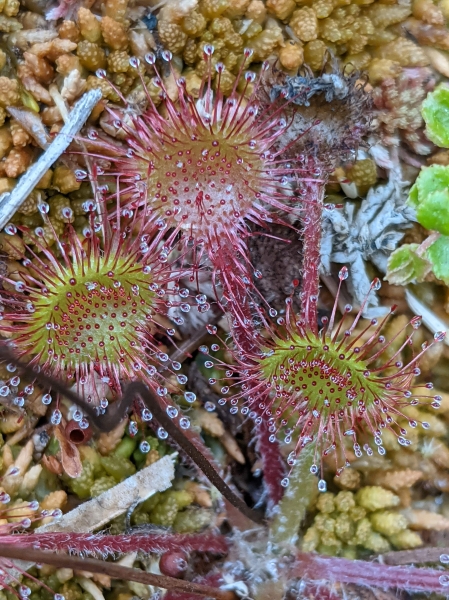 Flowers:
Inflorescence of raceme-like terminal cymes of 1-8 flowers, opening in full sun in a coiled cluster on one side of the stem; petals white, 6-10 mm long; calyces 4-6 mm long, fused to at least 1/3 their length.

Swamps, bogs, fens, wet meadows and lakeshores in the lowland, steppe and montane zones; common along the coast, less frequent elsewhere in BC; circumpolar, N to AK, YT and NT, E to NF and S to MN, AL, FL, NV and CA; Greenland, Iceland, Eurasia.