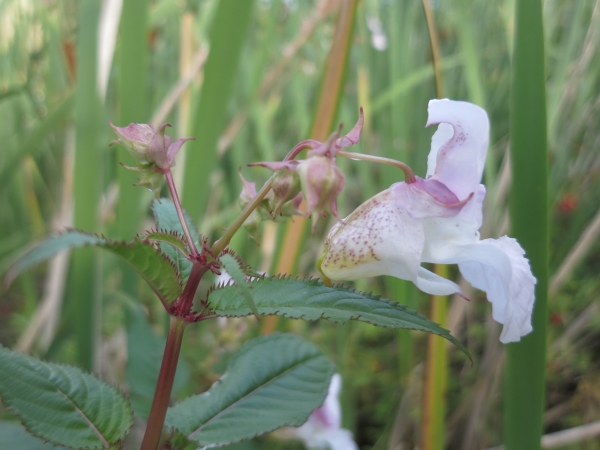 Leaves:
Opposite to whorled (at least some of them), stalked, egg-shaped to elliptic, sharply and closely saw-toothed, 6-15 cm long.

Flowers:
One to several in leaf axils, whitish to red, usually purplish-spotted; sepals pouched, with a short recurved spur. 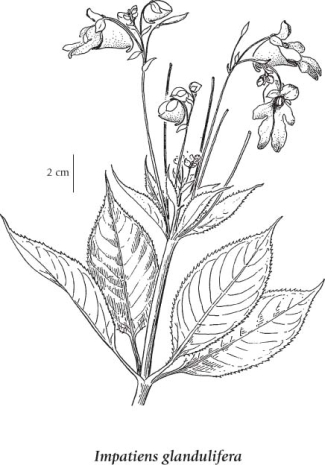 Moist to mesic streambanks, meadows, roadsides and waste places in the lowland and steppe zones; infrequent in the lower Fraser Valley and extreme SC BC; introduced from Asia.