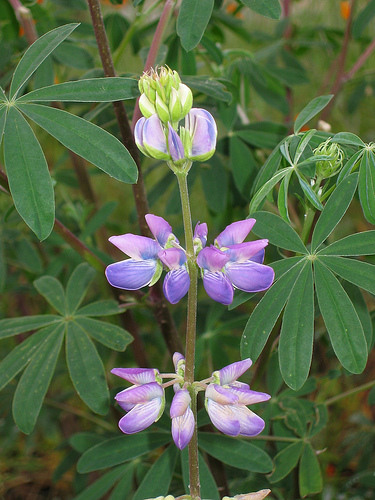 Leaves:
Alternate, palmately compound; leaflets 6 to 9, narrowly oblanceolate, rounded to blunt with an abrupt point at the tip, glabrous above, thinly hairy below, 2.5-5 cm long, the leaf stalks from shorter than to as long as the leaflets.

Flowers:
Inflorescence a terminal raceme of several well-separated whorls of pea-like flowers, the racemes 12-25 cm long on stalks 5-9 cm long; corollas blue-purple to lavender, whitish near the base, 12-16 mm long, the banner circular and glabrous, about the same length as the glabrous wings and the keel, which is fringed with hairs along the upper edges; calyces with swollen base above, about equally 2-lipped, the upper lip 2-toothed, the lower lip boat-shaped, entire to slightly toothed. 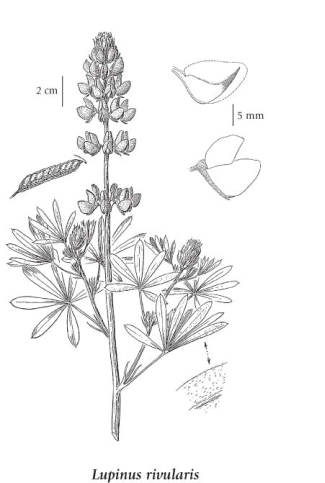 Wet to moist meadows and riverbanks in the lowland zone; rare on S Vancouver Island and in the lower Fraser Valley; S to N CA.