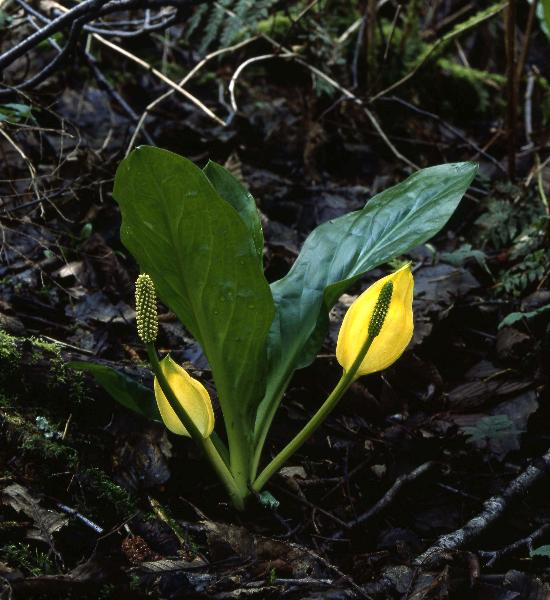 Flowers:
Inflorescence of numerous, densely packed, perfect flowers in a cylindric spike 7-12 cm long, the spike on a 30- to 50-cm long stalk and subtended by a yellowish bract similar to the leaves in shape but much smaller; perianth 4-lobed; ovaries 2-celled. 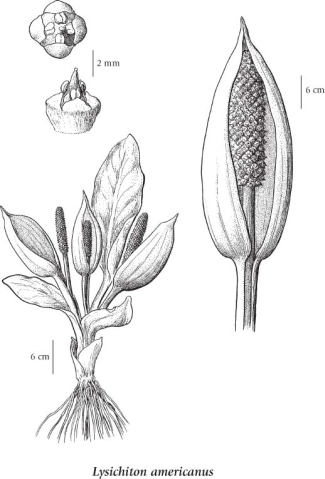 Swamps, wet ditches and moist forests in the lowland and montane zones; common in S BC west of the Coast-Cascade Mountains, less frequent elsewhere in BC south of 56degreeN; N to SE AK and S to MT, ID and CA.