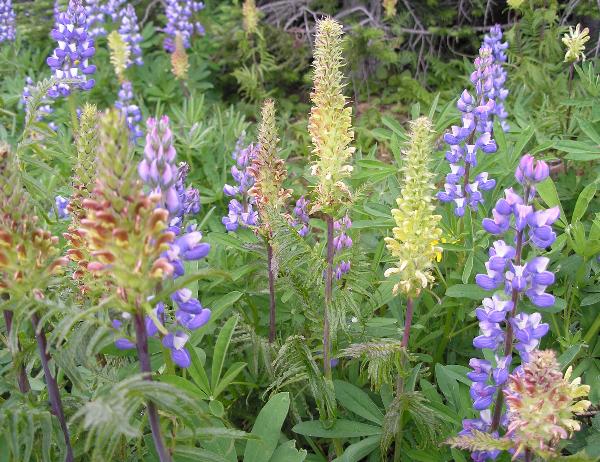 General:
Perennial herb from a mix of coarse fibrous and tuberous-thickened roots, smooth except long-hairy in the inflorescence; stems single or clustered, erect, 30-100 cm tall, unbranched.

Notes:
Two varieties occur in BC

Moist meadows, thickets and open forests in the montane to alpine zones; common throughout BC south of 56degreeN; var. bracteosa - E to AB and S to MT, ID and OR; var. latifolia - S to ID and WA.