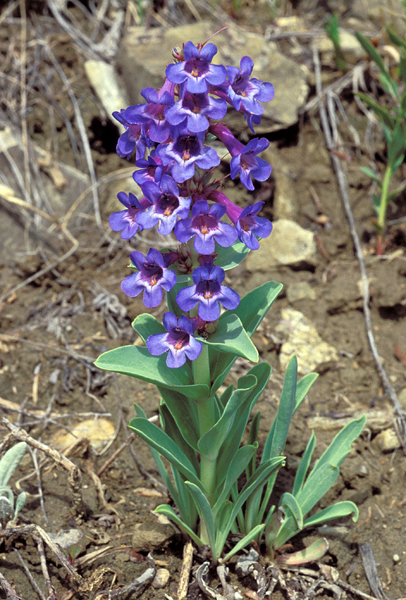 Dry hillsides, grasslands and roadside banks in the montane zone; rare in extreme SE BC, known only from Crowsnest Pass; E to SK and S to ND and CO.