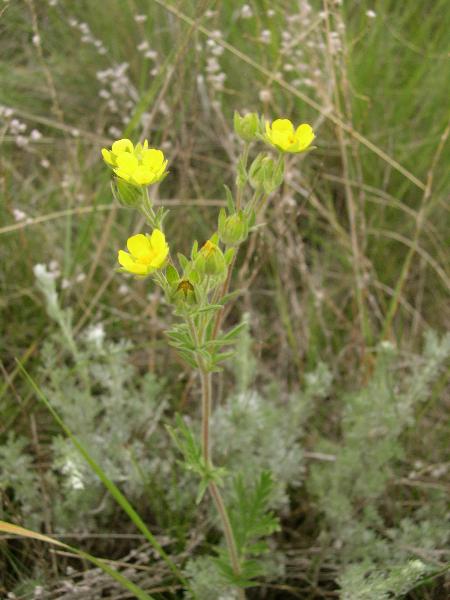 Leaves:
Basal leaves stalked, pinnately compound; leaflets 7 to 11 (15), the upper 3 the largest, oblong to lanceolate, 1-5 cm long, cleft halfway or nearly to the midrib into linear-oblong lobes, grey-green and smooth to appressed-hairy on the upper surface, white-woolly to minutely appressed-hairy or nearly smooth and greenish beneath; stem leaves alternate, 3 to 4, reduced upwards.

Dry grasslands and rocky or gravelly slopes in the steppe and montane zones; frequent in C and E BC, infrequent northward; N to AK, E to NF and S to NV and MN; Greenland.