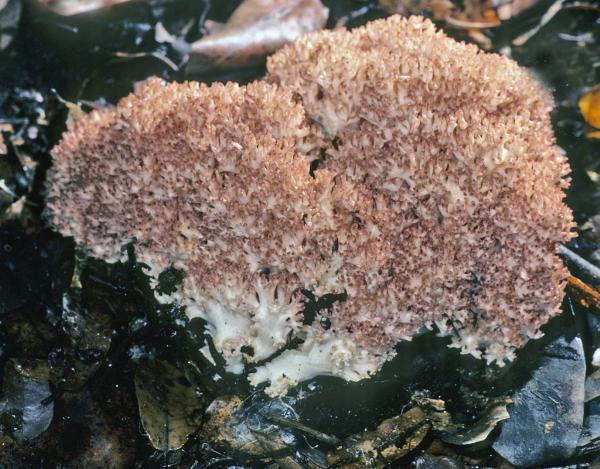 Summary:
Ramaria botrytis var. botrytis has its stem and lower branches whitish, with stains yellowish to light brown. The tips and a short distance down branches are colored reddish to purplish. The stem is single and massive with the branch pattern cauliflower-like (dense terminal branching on a few thick lower branches). Stem flesh is weakly amyloid. Spores are striate and clamp connections are present.

Notes:
It is found at least in WA, (Marr), from New England to North Carolina, west to southern CA and BC (var unspecified), (Lincoff(2)), and Europe and North Africa, (Courtecuisse). There is a collection from BC (var unspecified) by O. Ceska at the University of British Columbia.