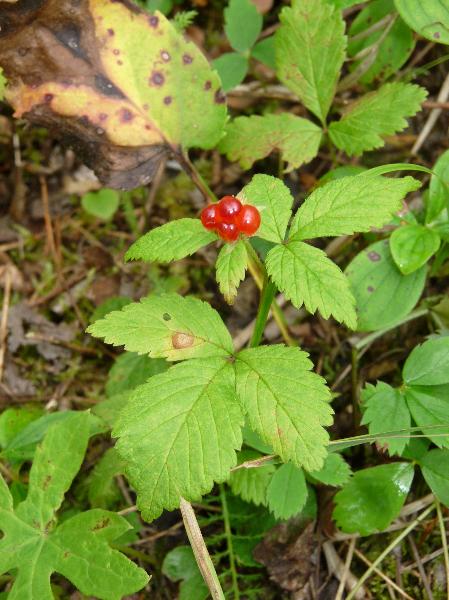 Leaves:
Alternate, deciduous, long-stalked, palmately compound, the stalks hairy; leaflets 3, egg-shaped, 2-6 cm long, coarsely single- or double-toothed except near the base, greenish and smooth to hairy above, pale and somewhat hairy especially on the veins beneath; stipules lanceolate.

Moist to wet forests, thickets, streambanks, swamps and bogs in the montane zone; common throughout BC east of the Coast-Cascade Mountains; N to NT, E to NF and S to WA, CO, SD, IN, WV and NJ.