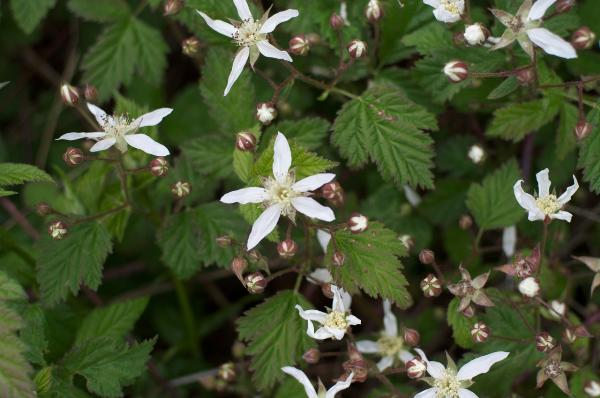 Fruits:
Drupelets, generally smooth, coherent in a black oblong to nearly globe-shaped cluster that falls with the fleshy receptacle (a blackberry), the berries 1-1.5 cm long.

Dry to moist thickets, clearings, waste places and open forests in the lowland to lower montane zones; common in SW BC; S to ID and N CA.