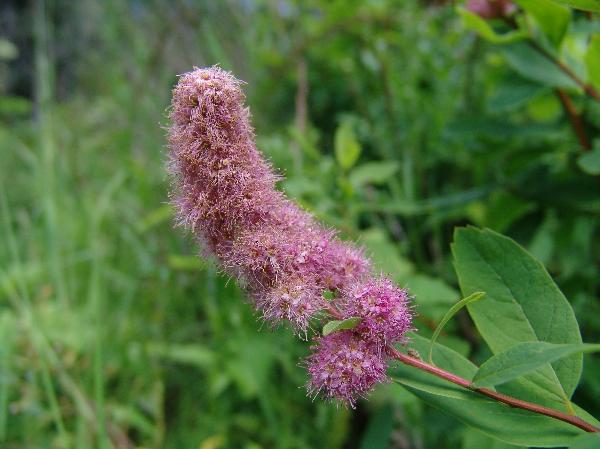 Leaves:
Alternate, deciduous, short-stalked, oblong to egg-shaped, 3-10 cm long, coarsely toothed mostly above the middle, dark green and smooth above, paler and woolly-hairy to smooth beneath.

Fens, swamps, bogs, streambanks, lake margins, and moist to wet thickets and open forests in the lowland and montane zones; common throughout BC, S of about 56oN; S to CA and ID.