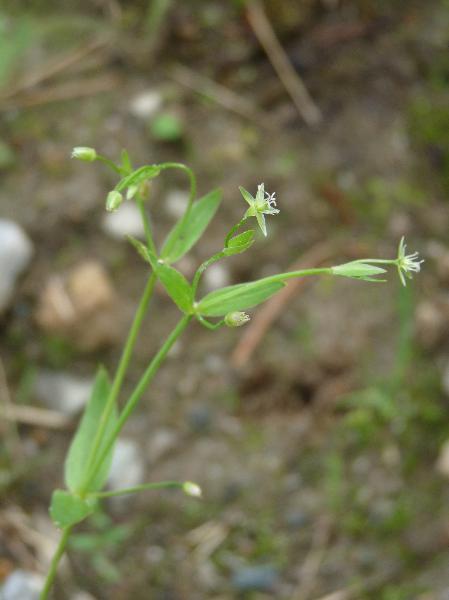 Notes:
This species belongs to the highly variable S. calycantha complex which was first monographed for North America by Fernald (1940). More recently, Morton and Rabeler (1989) have presented a revision of the complex that separates S. borealis from S. calycantha. It would appear most of our material in northwestern North America, according to Morton and Rabeler (1989), now belongs to S. borealis. In BC two subspecies of S. borealis are recognized:

1. Sepals egg-shaped to triangular, midrib extending to near the tip, lateral nerves only visible near the base; capsules dark brown and opaque as they open; seeds smooth or indistinctly wrinkled; leaves widest just below the middle, usually 2-3 cm long................... ssp. borealis

Wet to moist meadows, streambanks, shrub thickets and open forests in the lowland and montane zones; common throughout BC except lacking along the coast (ssp. borealis), common along the coast and in S BC south of 52degreeN, infrequent elsewhere except lacking in NE BC (ssp. sitchana); N to AK, YT and NT, E to NF and NS and S to NY, MI, MN, NM, AZ and CA (ssp. borealis), N to AK and YT and S to SD, WY and CA (ssp. sitchana).