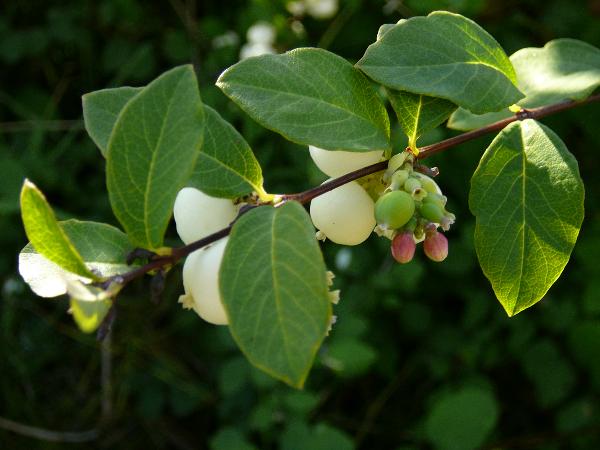 Leaves:
Opposite, on stalks 2-4 mm long, elliptic to oval, 1.5-5 cm long and 1-3.5 cm wide, obtuse at base and tip, margins entire or occasionally with a few wavy teeth; leaves often larger and irregularly lobed on sterile shoots; glabrous above, glabrous or spreading-hairy beneath.

Flowers:
Inflorescence of short, dense clusters (racemes) of few, short-stalked to nearly stalked flowers, at ends of twigs and often also in upper leaf axils; corollas widely bell-shaped, 5-7 mm long, hairy within; petals pink to whitish, fused at bases into tubes that flare at top to 5 lobes, which are as long to half as long as the tubes; styles 2-3 mm long, glabrous; stamens shorter than corolla lobes, the anthers 1-1.5 mm long, about as long as the filaments.

Mesic to dry meadows, disturbed areas, grasslands, shrublands, and forests in the lowland, steppe and montane zones; extremely common in S BC, common in C BC, infrequent northward; N to NT, E to PQ, and S to NE, VA, CO and CA.